Some days are better than others. That's true for everyone, I would think. I'd be the first to admit that my worries are not the worse things that could ever happen to the population in general. (Therapists call what I just wrote "minimizing.)

For the last three + years we've had a Border Collie-mix dog. I got her when she was a year old from an animal shelter. I don't know what happened to her during her first year of life, but whatever it was it made her be detached from humans and from being able to bond with them.

Lord knows in that three + years, we tried. We showered her with love and affection. We tried training her the in basics that well socialized dogs should be able to learn. (We watched and took notes from that Dog Whisperer TV show so often that we began to feel he was part of the family.)

We are generally laid back people, me and hubby. All we wanted was a faithful, loyal companion.. and responsive.. kind of pet.

Suffice it to say that she was unmanageable. We accepted that, and her, for the longest time, not really taking a look at the whole picture. Until she started showing outright signs of aggression.

There were a couple times in the past when grandkids would be here and they would get rowdy like little ones do, and she would growl and attempt to snap at them. She became extremely possessive of her food bowl and if we came near, again the growling and snapping. The last time we took her to the vet to get her yearly shots, nails clipped and a blood test for heart worms, she was so aggressive he had to give her mild sedation and muzzle her.

That was a couple months ago and that was when it really began to sink in for us. We agonized over what to do. We came to the conclusion that we needed to find her a new home. I put up a sign at the vet's office. I called everywhere I could think of.

We finally found somewhere though and the day after we picked up Sam, Sasha went away. Of course it was very sad and difficult. I miss her terribly. But we couldn't take the chance that she would end up doing something really bad.. possibly biting or attacking someone.

Now.. about Sam. I've never dealt with a smaller type breed of dog. I've always been a big dog fan.. German Shepherds, Labs, etc. and that's what I've had most of my life. Big dogs are laid back and cool.

Sam is a Schnoodle.. a Schnauzer Poodle (designer dog) mix. According to everything I read about them online, and that was a LOT, they are supposed to be easy to train, loyal, wonderful pets. What I didn't read, and am finding out, at least in regards to Sam, is that they are furballs with teeth.

I'm not stupid. I know new puppies will have accidents inside now and then. I know they chew on anything they can find. But I've never had to deal with anything like Sam. We try to focus him on his toy when we play with him. He continually goes for our hands, arms, clothing, whatever. When we tell him "no" he barks at us. Then resumes what he was doing.

Little snot. I say that with affection.

It's going to be a matter of wills. It will take time, patience and consistency. We will prevail as the alpha leader. I feel like in the meantime I should go rent a goalie outfit.

I called my doctor office before sitting down here to write this post. I asked for a refill on my anti-depressant. I wasn't sure if they would phone it in without me going for an appointment because he ordered it for me December 24, when I called him at his home in a f'd up mess panic.

The receptionist told me he is out of the office until Monday. BUT she did phone in a one month supply for me. Hubby will pick it up on his way home from work.

I'm not able right now to make "blog rounds." I'm not able to do much of anything, in fact. (I would certainly not be up to taking any college courses online right now.)

I'm hanging on as best I can, though, and for now that's going to have to be good enough. 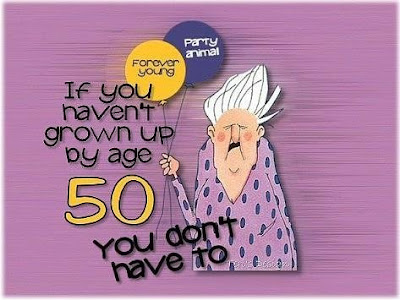 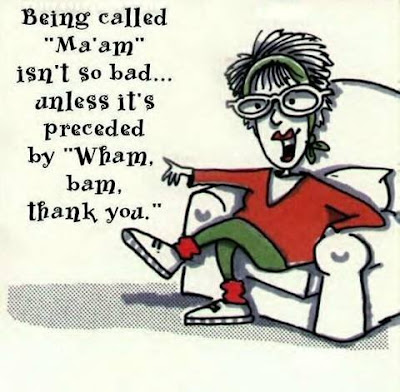 We've talked (cuz we do that), and, as you know, I totally and completely understand... about everything...

My family had a dog that wasn't unlike Sasha. While she was extremely loyal to "her" family-she was aggressive to outsiders. We were going to give her to a cousin of mine who's dog had been run over and killed a few weeks prior and our dog bit her. We attempted a rescue organization who refused her. We even tried the SPCA who also refused her because of her history. We finally had to put her down and we got Buddy, our Bichon who has been nothing but a sweetheart.

Hang in there buddy! We're all here for you! Hugs!

Awwww, I'm very sorry to hear about Sasha. But from the way it sounds, you made the right decision. Grandbabies before doggies - always.