Once upon a time in a galaxy far, far away.. Oh wait. I lapsed into Star Wars there for a second. I'll start over.

Once upon a time wizards were rumored to wander this Earth. I never wanted one more than in the early 90's when all my childhood abuse issues came flooding back into memory.

I began seeing a counselor and I became frustrated after a while because he couldn't give me a pill to make things all better. He couldn't wave any magic wand either. In fact he assured me he didn't even have a magic wand. (I asked.)

Anyway. That started me thinking along the lines of what IF counselors DID have magic wands? And that led me to write the following and I gave it to my counselor.

If you were a wizard with a wand full of power
And could sit and grant wishes hour after hour,
I'd visit you often and beg for a chance
For you to do magic, do your "song & dance".
I'd ask you to wave your wand and be
The greatest wizard ever and finally set me free.

With the first waving I'd do away with the years
Of heartache & pain that cause so many tears.
I'd wish to be over the memory of shame
Of knowing it was only me there to blame.
And, if a great wizard with power, you possess
The magic to do even more I'd confess
To wanting more spells cast on my behalf.

I'd want to be happy, I'd want to laugh,
To forget the rejection from those who said
They'd stay by my side, yet, turned and fled.
Then, if your power was not used up & dry,
I want answers to questions. I'd want to know "why".

Why do people say one thing but mean another?
Why can't people just be honest with each other?
How can love become simple and pure..
Instead of painful, only there to endure?
When is the time for dreams to come true..
For the world to be bright instead of broken & blue?

I know about wizards. I know they're not real,
But, pardon me anyway, I can't help but feel..
If only there were a wizard with power..
(Either doing his work in an office or tower)..
I'd feel more secure knowing he was near
To help me through the times of doubt and fear.

But, frogs are not princes in clever disguise
And wizards aren't here to answer my cries.
If wizards are gone, then a human it must be
Trusted with the task of helping me find "me".
So, here we both are, but not to the end..
Because of limitations & rules that can't bend.

Just talk to me wisely, encourage me, too
(We've little time left & I'm counting on you).
Teach me the ways so I can cope.
Fill me with power to feel there is hope.
Take me to the door of serenity and then
Give me the courage to bravely walk in.

Help me set goals and put the past behind,
To look to the future, find peace of mind.
I'll try not to scare you throughout this ordeal..
But, please, oh please.. Show me how to heal.
(I know that was a bit cheesy and I've never claimed to be any sort of poet. But maybe you were able to understand what I was trying to convey.)

Once upon a time there were two bored women who had nothing better to do with their time than to invent an imaginary life for my guinea pig, Gina. Below you will see proof that these two women have gone totally bonkers.

Last week after I tripped over a baby gate, we discovered that Gina
had actually pushed it down in front of me. 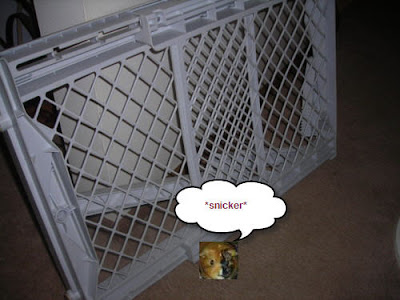 Gina travels the country in an RC helicopter equipped with rocket boosters. Apparently she spent a night of drinking and partying with some cows.
This was the result. 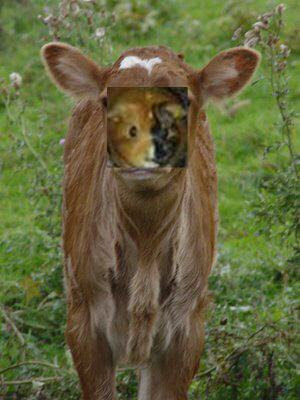 I really don't have an explanation for this one. Not one that I care to share anyway.. (It may have been taken on one of her Vegas vacations though.) 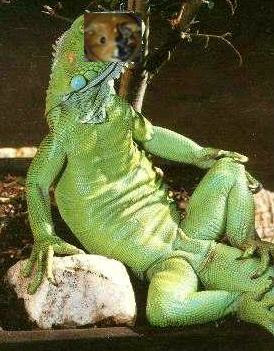 Nice one skittles! I liked the poem! It was wizardy

That is a thought provoking Wizard poem! Just noticed you are feeling "ancient" on the sidebar.

LOL -- it must be late because when I looked at the first picture, I thought the little critter's name was Snickers not Gina.

Fabulous poem! I'm sending it to others pronto!

Great job! What did your wizard (I mean) counselor think of it?

Have a great week, Skittles!

Nice poem! and well what can I say about the photos..you are one talented young lady!!!

What a great poem! I like it. I especially liked:

Why do people say one thing but mean another?
Why can't people just be honest with each other?I really wonder that all the time.

Great post, and who said you weren't a poet?

Wizards ARE real,
They're just hard to find,
Search for the Grail,
Deep in our own mind

Really enjoyed reading your post .....if only they did exist

I'm impressed! The poem is really good!!! Come check out my HOT, it's a thank you to someone. hehe

Your poem was/is awesome. You were very in tune for your age. LOL at the rest of your story.

First of all - Barb, that poem is really fantastic! I mean it. I LOVED it. Don't you dare say that it was cheesy... because it definitely is NOT. WOW - it's good.

Second... who is this woman you speak of? Why do those photos look so familiar? GINA!!! You been stealing my photos again?!?! You land that 'copter right NOW and get your furry butt over here for a talkin' to!

I rather liked the poem.

It really doesn't seem that a wizard would be too much to ask for. Your poem is wonderful!

Great poem ... I think it sums things up quite accurately. As for the weird ... um, for once I am without words.

your writing talent is amazing! ThAT is an amazing poem Barb!!What was his reaction to your poem? I bet there is another poem there!!
xox