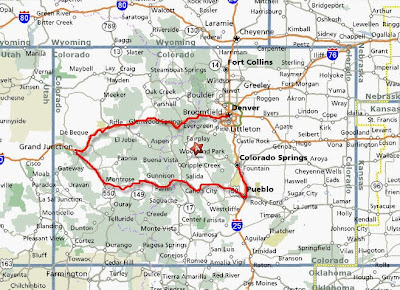 Like I said at the end of the last post, we spent Monday night in Colorado Springs, Colorado. What I didn't mention was that the motel we stayed in was almost in the shadow of Pike's Peak. In case you don't know about Pike's Peak, I'll tell you...

Back in 1904, Katharine Lee Bates saw this beautiful mountain and was inspired to write a song you may have heard of.. "America The Beautiful." (I stole this picture from hubby.) 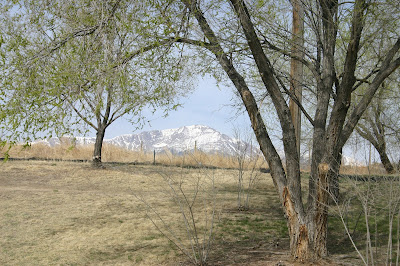 We left from there and headed down to Pueblo because we had seen on the map there was a gorge nearby. It was the Royal Gorge, and here are some pictures from there.. 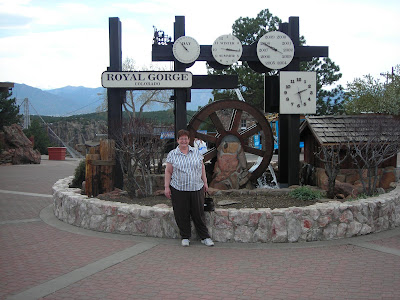 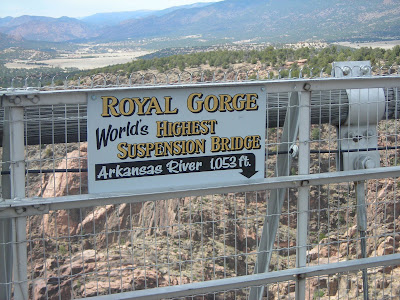 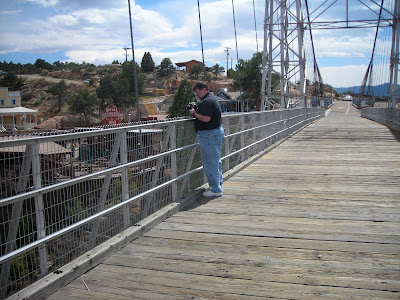 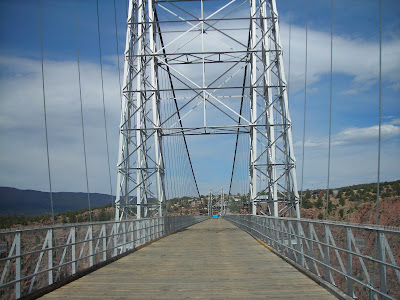 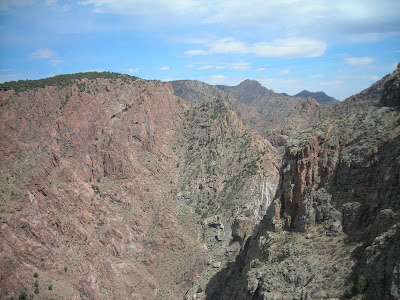 The road we took went up as high as 11,300 feet.. and every foot of it was turning this way or that, horseshoe curves, etc. with the speed limit being a very generous 35 MPH. It took almost three hours to only go about 85 miles. I was driving that leg and didn't take any pictures. I pulled over a few times so hubby could though, and he will be posting his pictures soon on Mike's Place.

It was late by the time we hit Grand Junction and even though we were within spitting distance of Utah (a state hubby hasn't been to yet) we decided to scrap the plans for going there and head back home instead. We went through Denver around midnight.

Of course we didn't go straight home. But you'll read about that next time.

Not scared of heights then?

The trips you two take are so awesome! I'm so glad you had such a great time. Just remember next time - I don't have caller ID hehe

Ooh - nice pics. It looks like you had a great trip.

I had the hardest time crossing that bleeping bridge!! I don't necessarily have a fear of heights, I have a fear of being high up & I was clutching onto Poor Hubby the whole way across!

I would have been covering my eyes over the bridge. I did manage the trip up Pikes Peak on the cog railway as a teen though.