Some of you may already know about my famous guinea pig Gina. She's outdone herself now. Have you seen the commercial for the new Disney movie "G-Force"?? Take a peak.


You know about hidden scenes in movies that fly by so fast you don't realize it? Here's some you may not have noticed.. 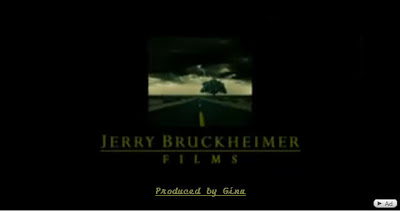 Gina assures me the G in G-Force stands for "Gina."

In other news my five month old puppy isn't feeling well today. She's had the runs all night and this morning. If she didn't have a colon cleanse before then she's getting one now. Poor baby..

I called the Vet and they said I could bring her in or try something at home first which is to give her a child's dose of Pepto and don't feed her for 12 hours. Then just a little bit like maybe a jar of meat and rice baby food.

We're going to try it at home for now, but keep an eye on her.
Posted by Barb

When I saw that commercial during Idol last night, I about died. I immediately said "GINA!" and ran for the phone to call you. Oh wait - you already knew that, cuz I called you :-P

My poor poor Banana. If you give a banana Pepto, does it turn pink? Inquiring minds need to know... well, ok just me, and I don't really NEED to know, I just... Oh, I'll shup now.