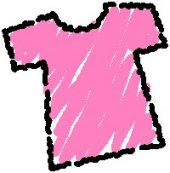 It's almost midnight here and that means I haven't smoked in ten days. But boy oh boy have I wanted to. I've wanted to go to the store for a pack. I've thought about asking a neighbor for one. I thought about bumming one from a stranger in a store parking lot. None of these have I done.

I don't know what's holding me back. I can't remember any other time when I have fought so hard for something. And it IS a raging battle. The lozenges are just a novelty now instead of a quick "fix." I'm buying jumbo bags of Dum Dum suckers and those help about as much. I feel like I'm still craving nicotine. I was hoping that part would be over by now.

I'm doing latch hook now more than crocheting. I briefly thought about learning to knit, but I think I'll stick with things I know for now. Besides.. who do I know who would be ecstatic about getting homemade knit gloves or mittens when nicer things can be bought at wholesale clothing places.

In other news I'm going through a new med change. Yippy Skippy.

What is something for which you have fought?
Posted by Barb

I'm very proud of you! Keep it up!

I'm in a fight right now, my friend.

Gosh I am impressed. I just realized I am addicted to dairy products, cream especially. Since I am on a Ketogenic diet, lots of fat no carbs or hardly any, I can have cream, that is with some regard to quantities but I have found that if it is in the fridge I am craving it all the time. I can drink it like milk, I can't get enough. I have been making yogurt with cream and whole milk and can't leave the stuff alone. So I will have to stop buying it because if I have to drive 60 miles to buy some I will think twice.

When I was trying to lose a few pounds. I would allow myself to have a (not to fattening - like a weight watchers brand) dessert after dinner if I made it through the day. If I was good ALL week I was treated to eating out one weekend night at my favorite restaurant (order anything except dessert). If I lost 5 Pounds I got a new shirt. If I lost 10 Pounds I got an outfit. and when I reached my goal I got to go shopping for a wardrobe.

I'm so proud of you! I can't begin to tell you how great you've done.
Are you still painting? Just curious.

I'm trying to think of what I've fought for and I'm realizing the things I've fought for have been for other people mostly. Like I fought very, very hard when my cousin's wife had breast cancer and had scheduled her mastectomy, and I just knew it wasn't the right thing to do... so I fought with all resources to get her a second opinion and then convince her to go for that second opinion.